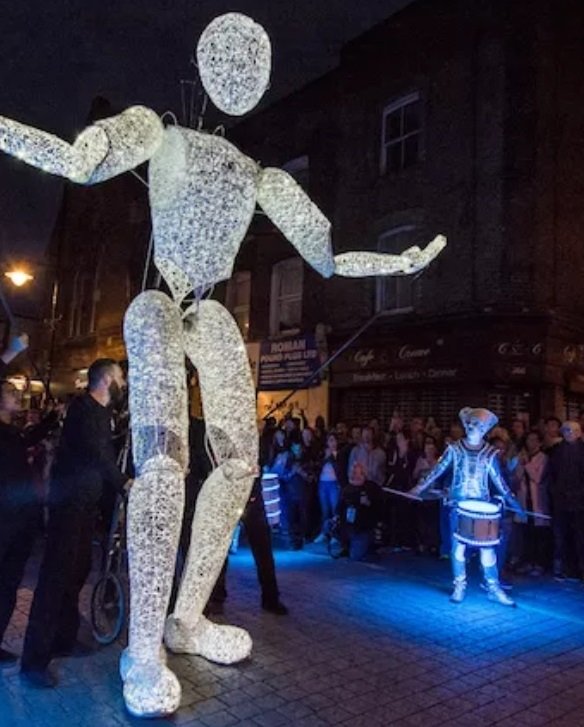 Evelyn Wilson: I first came across the notion of Cultural Compacts through a short presentation given by Paul Bristow (Arts Council England), during a Creative Industries Council Regionals and Clusters Meeting a few years back. Twenty Cultural Compacts were first supported by Arts Council England and the Department for Culture, Media and Sport back in 2018. They were designed to support local cultural sectors, with an emphasis on cross-sector engagement beyond the cultural sector itself and the local authority. Earlier this year, as part of our ongoing work to understand the role of cultural knowledge exchange in place-based contexts, I found myself having conversations about the compacts with various of our NCACE colleagues.

Bath Spa University has been closely involved in the development of the West of England compact and Rebecca di Corpo, who as part of her role there had also been seconded to the compact, was keen to explore if or how we might amplify discussions around the compacts. Then in the run up to The Power of Collaborative Action: People, Place and Planet, one of our events earlier this year, I found myself having similar conversations with one of our contributors, Professor David Amigoni from Keele University and Stoke Creates and also a member of NCACE’s Collaborations Champions Network. It was becoming evident to me that the compacts were not only being taken seriously but also being taken to heart.

Together we decided to put together an event exploring the role of universities within the compacts to create a chance for some discussions about the ways in which this was manifesting in different parts of the country. We agreed that our October festival of Cultural Knowledge Exchange would be a good forum for that work. A review of the Culture Compacts programme had been carried out by BOP consulting in October 2020, exploring how they were working across different parts of the country. It acknowledged that they had created opportunities to embed culture across wider partnerships and policy, amongst a number of other key achievements but universities were not the specific focus of that piece of work.

So given how little had been written about the significant role of universities within the compacts, we also took the opportunity to commission a short think-piece to explore some of that work in greater detail. Cara Courage (Socially engaged art and place-making expert and co-editor of The Routledge Handbook of Placemaking) took on that brief and the resulting essay Greater than the Sum of Parts: realising universities in Cultural Compacts has just been published on the NCACE Repository. In it, Cara posits that “Cultural Compacts need to continue to go where the need is, heat seeking the problem first and co-creating its response as place-based, culturally anchored, and collaborative.” She encourages us to think about several key questions, including the compacts relationships with social prescribing, the cost-of-living crisis, and the localised impacts of climate and ecological emergency. And she notes that “At this time of progression for Cultural Compacts universities need to truly find, take and communicate their role at the table, hand in hand with taking action on what they can uniquely offer Cultural Compacts’ known need of knowledge sharing and widening diversity”.

The event that we curated for the festival, Cultural Compacts, Collaboration, Knowledge Exchange similarly sought to open up the conversation on the role of universities in the wider collaborative ecologies that the Compacts have helped bring about, as well as the distinctive HE experience of working in collaborative, compact-based relationships. We assembled contributors from different parts of the country where university involvement has been significant, with David and Rebecca highlighting their experiences at Keele University and Bath Spa, alongside Professor Katy Shaw (Northumbria University and AHRC Director of Creative Communities) and Rebecca Ball (Chief Executive, Sunderland Culture). We were pleased to be joined by Paul Bristow from Arts Council as well as by Cara Courage who shared some of the key reflections from her essay.

Some of the themes we set out to explore included: the roles of Higher Education in fostering ecologies of collaboration and cultural knowledge exchange; the kinds of leadership universities offer in localised contexts, as well as wider current agendas including Levelling Up. Also of course we were, and remain, keen to think about how the evidence emerging from the compacts is being recognised and developed by researchers and indeed how, not just the evidence base, but the entire compacts endeavour can best be supported by the relationship with universities.

David Amigoni: I want to begin by thanking Evelyn Wilson and NCACE for supporting this exploration of the idea and practice of cultural compacts. I was struck in Evelyn’s thoughtful introduction to our event by her reference to us as ‘wanderers’ in this new landscape! The wanderer is a travelling explorer, not a fixed point. If compacts are formed to understand and enhance culture as a regenerative force in rooted and established places, then wandering may seem like a paradoxical way to proceed. However, as our discussants amply illustrated, compact practitioners are not following an established and mapped pathway. The landscape is as complex and varied as the places that the compacts are evolving to serve. Little wonder that Paul Bristow should have remarked that Arts Council England are ‘really excited about compacts’. They are indeed exciting formative entities that are set to play an important role in developing place-based strategic and partnership capacity aimed at culture-led regeneration. Given the stakes, it is timely for more universities to get involved.

Our discussion reflected on what Rebecca Ball referred to as the ‘fundamental question of form’: how should a compact be identified and situated, how should its governance functions be understood and constituted? Sunderland Culture is a complex entity, working within an ecology of networks: it is both a company limited by guarantee and a charity. Named as one of the successful pilot culture compacts, Sunderland Culture still found itself in ‘soul searching’ discussions about how it operated as a compact. Especially when the word ‘compact’, with its connotations of compression and condensation, finds itself at odds with expansive, multiple, conduit-like openings that it practically coordinates.

When translated into governance, Stoke Creates, the compact that I am closely involved with, started by seeking to register as a charity but the mix of diverse partners (NPOs, local authority, charity sector, LCEP, Chamber of Commerce, universities) that sit around the board table seemed to make that ambition, in practice, a step too far for Charity Commission approval. Stoke Creates eventually registered with Companies House as a Community Interest Company. This has proved, for us, to be a workable, indeed helpfully flexible governance structure. That said, the abortive work with the Charity Commission was time consuming. I would observe that Arts Council England and other platforms for sharing learning could address the (open) question of what form to adopt. Assistance with approaches to incorporation could practically assist expanded university involvement.

Compacts present universities with opportunities for local leadership, but also challenges to established leadership models. Rebecca di Corpo reflected on the way in which the large West of England Compact, actively embedded in local and combined authority relationships, is chaired by the VC of Bath Spa University. While Keele and Staffordshire Universities can’t lay claim to that most senior level of leadership for Stoke Creates, our senior leadership teams are supportive, and Prof Carola Boehm (Staffs University) and I occupy the roles of compact co-chairs. Leadership in this framework is best understood as working through a collaborative impact model – and sustained collaboration and trusted relations of co-production are the currency.

Of course, the compacts can enable universities to lead research projects that have the potential to develop REF impact case studies – the supposed gold standard of HE impact. But there is more; collaborative impact and collaborative leadership produces something larger than the sum of its parts – to quote Cara Courage. Universities that contribute to compacts will certainly be in a position to work with partners to deliver against civic mission expectations. Keele University's ‘Deals’ with local and regional partners are our sector-specific frameworks for crafting sector-focused civic missions. We have a ‘Keele Deal | Culture’ that is embedded in the rich and vibrant cultural sector of North Staffordshire. In effect, university-level cultural strategies can help to orientate a university strategically within the ecology of local and regional community relationships that are supported by and in turn feedback into the compact. In opening access to the collaborative impact table, compacts provide universities with a platform to share capaciously their expertise for research, development and innovation through cultural knowledge exchange.

Opportunities for knowledge exchange can take advantage of a vibrant policy landscape. Levelling Up, after a period of political uncertainty, does indeed seem to have been restored as an initiative: and, in the context of the termination of ERDF funding, it is clearly one of the ways in which universities can continue to impact positively on places through culture. Prof Katy Shaw (Northumbria University) reflected as AHRC Creative Communities Director on the various policy initiatives that will help to guide universities along these cultural pathways. To this end, universities should pay close attention to the APPG ‘Case for Culture’. Just last week (2 November), DCMS published a report entitled Reimagining where we live: Cultural placemaking and the Levelling Up agenda. The comprehensive report is based on a large body of evidence and higher education research and practice provides a substantial contribution to that evidence base. Compacts are addressed in their own section of the DCMS report and recommendation 104 calls for compact audits to take place, which will indicate where compacts can productively work together at a regional level. This is already happening in my own region, where the West Midlands Cultural Response Unit brings compacts of all varieties to share best practice. These audits will provide further opportunities for universities to become involved in the work of compacts. If compacts grew initially in urban soil then recommendation 105 calls for more work to be done on establishing compacts that serve rural places – something that Cara Courage calls for in our NCACE event. The policy work on compacts is, in short, coming thick and fast and Katy Shaw urges us to look for the Local Government Association’s Culture Commission Report, to be published on 8 December. To this end, and to use Rebecca Ball’s words, compact-based practitioners and researchers can continue to wander, purposefully, ‘heat seeking’ collaborative opportunities to remake their places through culture.