Coming together creatively to talk about loneliness and communication

By Dr Gemma Williams - Research Fellow in the Centre for Resilience and Social Justice, University of Brighton 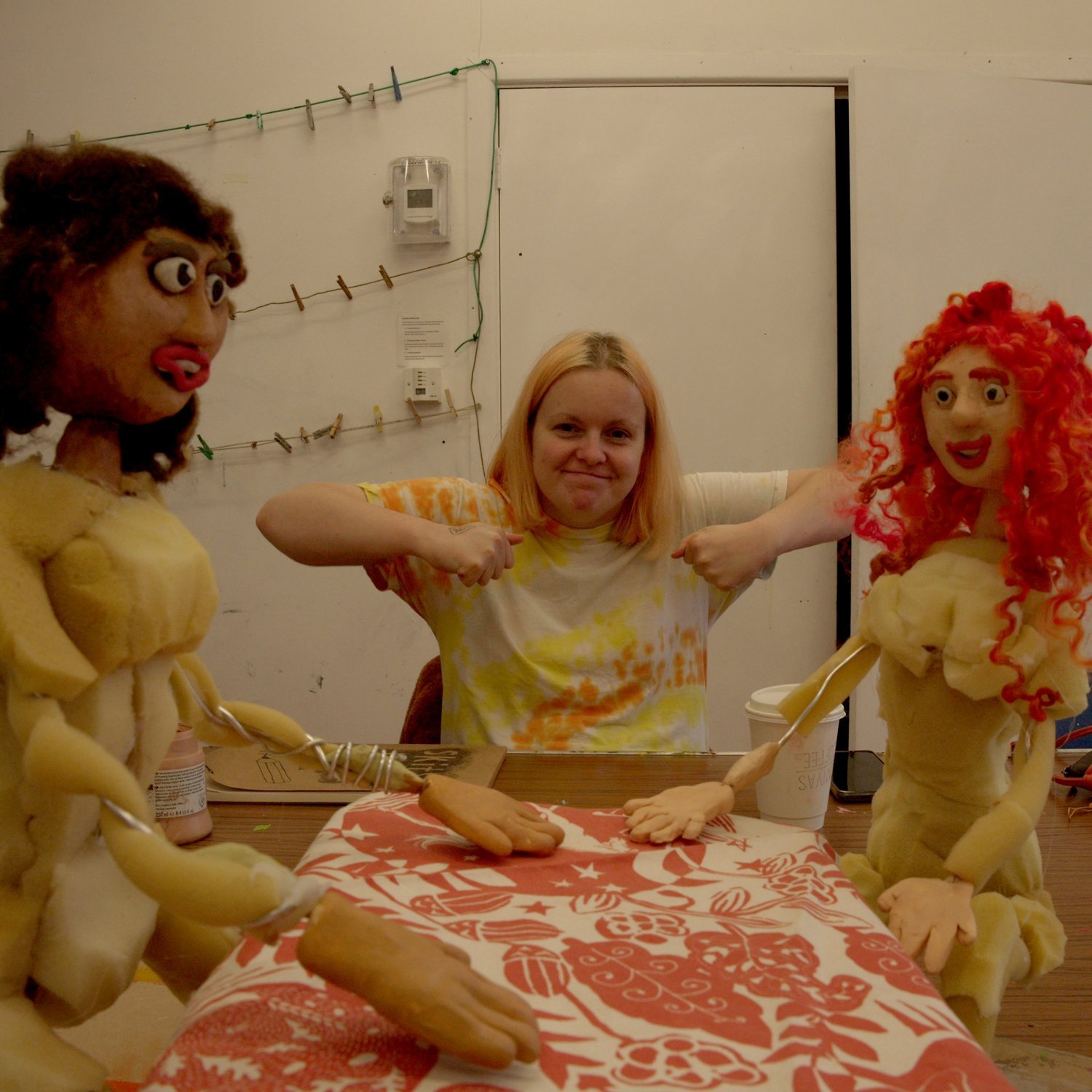 University of Brighton researcher Dr Gemma Williams has teamed up with autistic and learning-disabled artists to produce a series of eye-opening animated videos.

The artists behind the four short films have been supported to learn animation skills over the past year as part of a novel university-community partnership between University of Brighton and local arts organisation Figment Arts.

As well as the animations - by Eleana Re, William Hanekom, Ryan Medlock and Debbie Caulfield - illustrating experiences of life for autistic people in a world that often fails to understand their perspective, the project also recorded personal reflections by the individual artists on the themes of loneliness and autistic communication.

In her stop-motion animation ‘Cafe Faux Pas’, Eleana Re dips into a cafe chat with a friend over the shocking price of the coffee, before sharing her unfiltered opinion with the barista... In Ryan Medlock's ‘Bear’, meanwhile, the central Bear character tries to hang out with both humans in a bar and bears in the wood but finds both quite overwhelming. Will Hanekom’s black and white ‘At The Station’ sets a neurodivergent conversation aboard a train in the style of The Lady Vanishes, and in ‘Loneliness’ Debbie Caulfield talks direct to camera, complemented by sketches.

The ‘Talking Together’ project was funded as part of an ESRC Postdoctoral Fellowship, with the aim of sharing the findings from Gemma’s Linguistics PhD research (about communication between autistic and non-autistic people) in accessible ways. Over the course of a year, the artists met up in various studios around Brighton and worked together with David Parker, founder of Figment Arts and Gemma to develop one collaborative ‘explainer video’ and their individual creative response animations.

Gemma, Research Fellow in the Centre for Resilience and Social Justice at the University of Brighton, said: "Working with Figment Arts and the autistic artists on these videos has been a dream project. It was really important to me to make sure that my research findings were genuinely accessible, as unfortunately research often isn't. I'm a big believer of 'nothing about us without us'."

Eleana said: "The project was great. It was really good to collaborate on an art project using research from someone that knows so much about autism. I found that I learned a lot about autism which was useful as autistic people aren't always educated about their condition - they are just diagnosed with it if they are lucky. Misconceptions about autistic people are often that their social skills are crap, that they have no empathy, and are rude! This can be the case - but if they are rude that's not always because of their autism..."

As part of her doctoral research, Gemma – who is autistic herself - teamed up with local autism support organisation Assert to set up and record conversations on the subject of loneliness between different pairings of people - such as two autistic people talking together, or an autistic and non-autistic person talking. The ‘explainer video’ outlines the study design and shares some of the key findings about communication. In the final stage of the Talking Together project, Figment Arts hosted some one-off workshops for a wider group of Assert clients who added voice overs to the explainer video, background illustrations for the animations (see if you can spot some guest artwork in At The Station) and contributed to some of the stop-motion filming and editing.

In both parts of the Talking Together project – the conversations between pairs of autistic and non-autistic strangers about their experiences of loneliness, and the recent year spent developing the animations – a central theme has been the importance of coming together, sometimes in creative ways, as an antidote to social isolation and loneliness. Eleana, says:

"Loneliness can be a problem in our society more than ever - or maybe people are reaching out more now. I think people with autism often aren't accepted as friends because people who aren't autistic don't give them a chance, they assume they are too different. People are afraid of breaking conventions on 'normality', but I think they should open their minds and accept people with autism into their lives - because then they may see things from another angle, and experience new experiences."