The University’s Role in Culture-led Place-Shaping 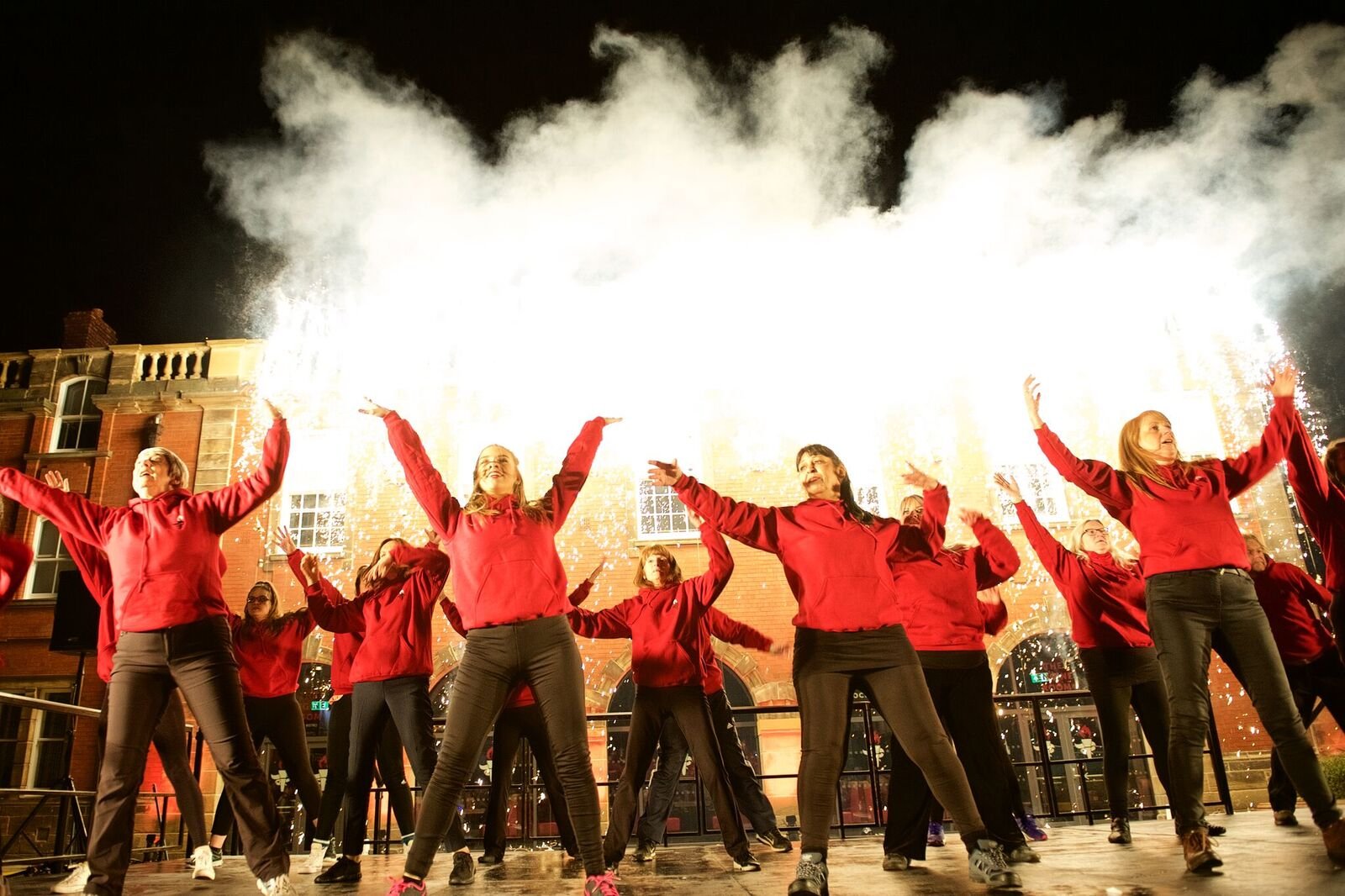 The cityscape of Sunderland is changing. It’s been variously captured on film as a warm and welcoming city by the sea (Sunderland Til I Die on Netflix) to post-industrial backwater (news channels like France 24 in the aftermath of Brexit). Of course, I could drive you to areas that would illustrate both perspectives. But the truth is more interesting. Sunderland is emerging as a place where culture-led place-making is playing a leading role in redefining the way the city looks and feels. And it has happened in less than a decade.

For me it began in 2013 when the University of Sunderland joined forces with a philanthropic local trust and a popular arts centre in neighbouring South Shields to set up a project under Arts Council England’s transformative Creative People and Places programme. The university had taken over the National Glass Centre and was conscious the city hadn’t benefited from cultural investment for many years.

Our vision as The Cultural Spring was inspired by Grayson Perry who visited the city for the Channel 4 series All in the Best Possible Taste (2012) to look at class, social mobility and the role of art in defining identity. Of the six tapestries he produced to describe his journey across the UK, The Vanity of Small Differences, the two evocations of Sunderland were, to us at least, the most vivid. The artist’s reference to the Rake’s Progress struck a chord; why should someone feel the need to travel to London for great art and career success? What if both could be achieved closer to home?

Our first event The Great North Passion was live on BBC One with a TV audience of more than 1.3million showcasing a range of community art projects ranging from photography with Julian Germain to opera singer Graeme Danby and composer Will Todd working on a new choral piece with churchgoers from Roker.

We’re now into our seventh year and I think we’ve proved beyond question that great art and great artists can flourish alongside meaningful community engagement. As chair of The Cultural Spring, I’m as proud of the mass participation events we’ve staged as I am of the more personal interventions linking arts participation with health and well-being. Equally rewarding to see so many local artists have had their careers enhanced by working with us - choreographer Robby Graham (Rush) poet Kate Fox (The Great North Passion) musician Ross Millard (Summer Streets) and Dominic Wilcox (Little Inventors). 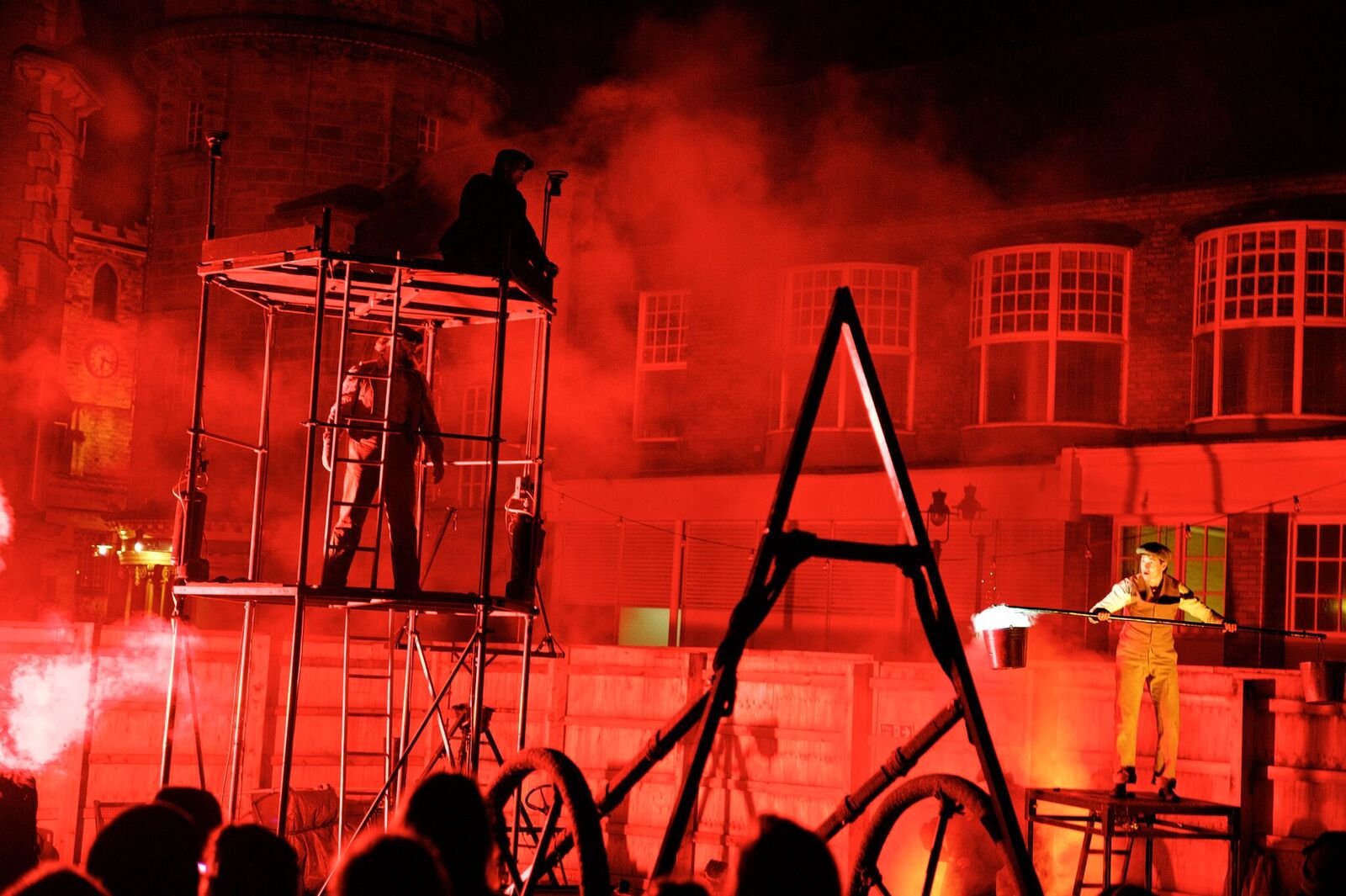 The launch of The Cultural Spring set off a chain reaction; Sunderland City Council embraced culture and creative industries as a theme in its regeneration strategy, the university and other funders invested millions in the redesign and reopening of the National Glass Centre and acquiring the Northern Gallery for Contemporary Art. While the Sunderland Music Arts and Culture Trust began transforming a run-down area of the city into a new culture quarter. Oh yes, and we decided to bid for UK City of Culture 2021.

We were pipped at the post by Coventry in the race for the title, but the momentum achieved by the city as part of that campaign was extraordinary.

Sunderland businessman and MAC Trust chair Paul Callaghan - who had already invested millions of his own money in establishing a culture quarter - published a book, Culture in the City charting the flowering of ambition and achievement across Sunderland involving a range of artists and organisations. Many of them were linked to the university such as the North East Photography Network, the Northern Gallery of Contemporary Art and the Sunderland Creative Writing Festival.

The university joined again with the Sunderland MAC Trust and the city council to set up a company to programme and develop our combined assets which included the National Glass Centre, Sunderland Museum, Arts Centre Washington and the Fire Station - due for completion later this year. Sunderland Culture was formed in 2016 and has brought significant arts investment and events to the city including the Tall Ships Cultural Festival (2018), Pages of the Sea (2018) and Leonardo - A Life in Drawing (2019).

Sunderland Culture is currently the only organisation in a city of nearly 300,000 people funded by the arts council’s National Portfolio. The company’s partnership approach to supporting the development of the cultural economy across the city has meant there are now more studios, resources and support for creative businesses than ever before. Lots of these businesses have been formed by Sunderland graduates - which is one of the reasons the university has invested so much in culture over the past decades. Pleasingly, Sunderland Culture and The Cultural Spring have employed or commissioned more than 30 of our graduates in the past five years.

As the only university in the city, our place-making role extends beyond culture. There’ve also been major investments in a new medical school, a sciences complex, advanced manufacturing, teacher education and as a partner in Sunderland Software City.

Investment in arts and creative industries has brought national and international recognition. Government and funders including ACE highlight Sunderland as a pioneer of culture-led recovery. The university is currently creating new studio space for the Northern Centre for Photography on our St Peter’s Riverside Campus. Plans have been drawn up to create an innovative new ‘maker space’ alongside our glass and ceramics department for arts and technology students at the National Glass Centre. And we’re providing production offices for an international TV and film company.

Musicians from Sunderland band The Futureheads are partnering the university in launching a new commercial music degree programme based in the city’s culture quarter. And as part of the spectacular redevelopment of Sunderland Riverside, the council is building The Culture House which will be home to the new library.

Our performing arts students will have access to the 550-seat Fire Station auditorium which is the centrepiece of the city’s new culture quarter opposite Sunderland Minster and next door to one of the North of England’s biggest and most beautiful commercial theatres, the Sunderland Empire. Meanwhile, other students benefit from our partnerships and collaborations with the V&A, National Theatre, Live Theatre, Dance City and the Arts Council Collection as well as from the artists and curators working in university venues, the National Glass Centre and the Northern Gallery for Contemporary Art.

Sunderland is an exciting place to be. And had Mr Perry’s Tom Rakewell lived here now, I’m sure he’d have stayed and saved himself so much misfortune.